Its been over 3 months since the official Launch of Windows 8 and Windows RT platform and thou we don’t have any official word on No. Of devices sold,what we do know it is doing exceedingly well with the licenses selling. 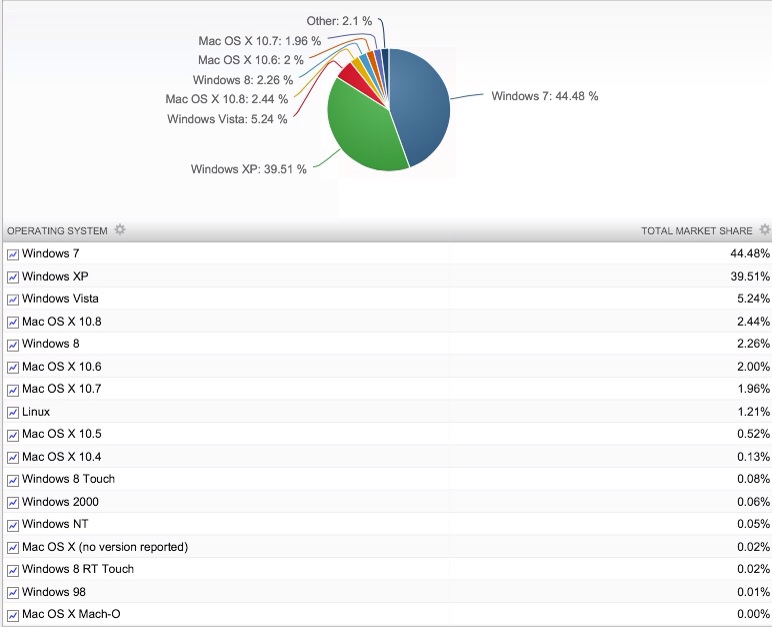 Last time we checked Windows 8 had already over 60 million licenses sold in a little over 2 months of time.Now as per the NetApplications MarketShare numbers,Windows 8 has now 2.26% marketshare just behind the latest version of Mac OSX operating system (10.8) which is at 2.44% of worldwide marketshare.

Last month we saw the drop in Windows XP operating system while Windows 7 was still the number 1 operating system with continuous growth ever since its launch.But for last months trends the Windows 7 dropped to 44.48% from 45.11% but still leads the marketshare.The second spot still held by Windows XP with 39.51%(39.08% last month),while the Windows Vista continues to see a drop which is down to 5.24% marketshare which was around 5.67% last month.

Overall Windows Operating System still leads the Worldwide PC marketshare with over 91% of PCs still running Windows operating systems.
Ever since its launch Windows 7 has been gaining the marketshare,but this was for the first time that we saw a drop in the marketshare,so it might be an indication that Wndows 7 has reached its peak value and that we will soon see Windows 8 on the number one spot with array of devices slated for launch,but its still early days.